What's new with Convo for iOS?

This is a running list of major updates and new features added to Convo for iOS. It will be updated regularly.

Fixed a bug that affected the following on iOS 15:

VCO is now available on the iPad and iPhone SE! This version also fixed the universal search slide-out button for making calls.

This version fixed a bug with the password field that happened after users finished a call then logged out of the app.

Several bug fixes were made with this version:

This version changed how often the feedback window appeared after calls to once per week per iOS device. Two bugs were also fixed:

Feedback surveys were added to appear after calls, to inform Convo of user satisfaction.

This version fixed an issue causing the app to crash.

A bug was fixed to stop the app from freezing when inbound calls were answered.

Two bugs were fixed with this version:

This version fixed a bug that caused the app to crash if an incoming call notification timed out.

This version fixed a few bugs:

Two bugs were fixed in this version:

Caller ID is now available! Caller ID is a great feature because with it, you can see the incoming caller's name, number, or location on your screen -- even i f they are not in your contact list -- before you answer! 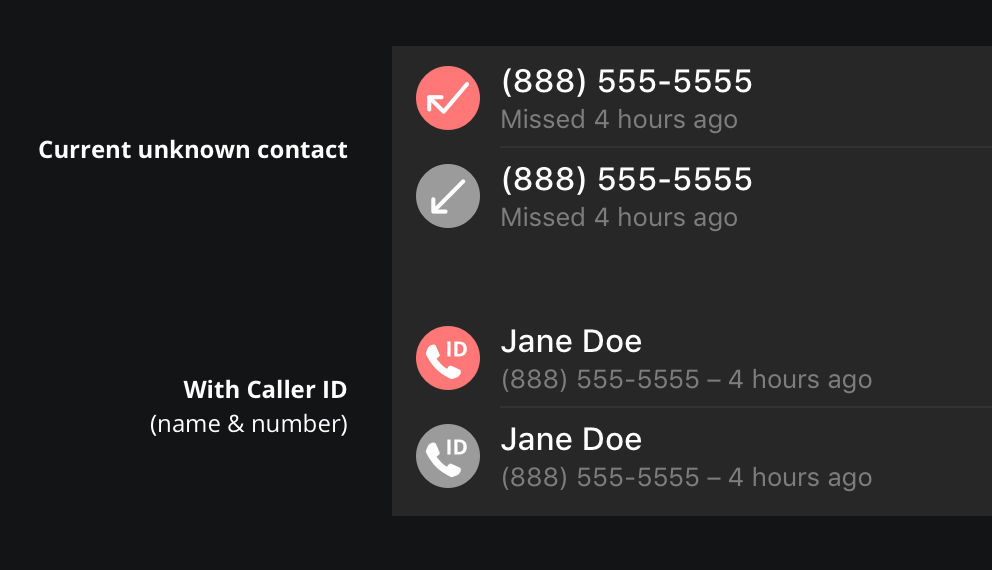 We're ready for Apple's iOS 13 release and we're making sure you are, too! 😄 This update brings you a guarantee that your Convo app will be compatible with iOS 13, along with our continued bug extermination work as always! 🤜🏼🐞🤛🏼

Introducing the WHAT'S NEW feature where you will get notified of new updates to your app! You will see a red dot in your app and that means we've brought something new to you! 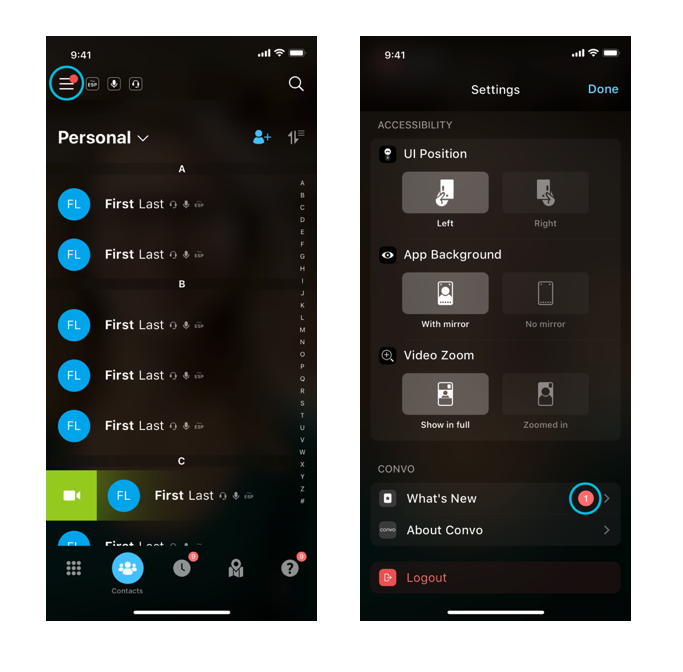 Do you have ideas for more improvements we can make? Updates just like this one come directly from customers' feedback. Drop us a note or chat with us to share your thoughts, ideas, and suggestions!

You can now set your VRS Preferences for specific needs, easier than ever! Simply head to your Settings to customize your default preferences for your VRS calls.

- Announce VRS: Inform the hearing caller you’re using VRS
- Voice Carry Over: Speak with your voice during VRS calls
- VRS Español: If you have VRS Español enabled, you can choose your default                VRS as Spanish.

Version 3.0.7 (2/27/2019)
Announce VRS preferences are now available! Toggle on to have your interpreter announce their presence, or toggle off if you prefer not to disclose you are using VRS. You can view your status in Messages with interpreter. Watch the video below to learn more.

Did this answer your question?